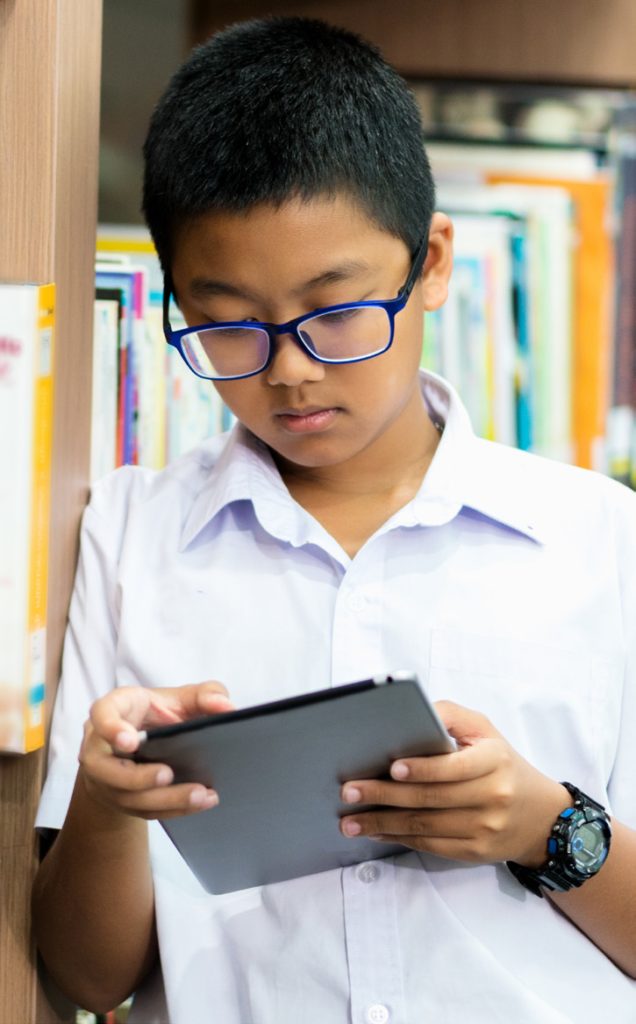 Thanks to a generous gift from the Jack Buncher Foundation, physicians, scientists, and staff from the Department of Ophthalmology at the University of Pittsburgh School of Medicine, Children’s Hospital of Pittsburgh of UPMC, and the Western Pennsylvania School for Blind Children (WPSBC) are working together to help find a solution for Cortical Visual Impairment (CVI).

CVI is the leading visual diagnosis among children, affecting nearly 75% of the students at WPSBC alone. CVI is caused by damage or dysfunction of the primary or associated cortices of the brain. This means that while a child’s eye may be perfectly healthy, the sensory message is not delivered or interpreted properly by the brain, leading to visual, cognitive, and behavioral deficiencies, and leaving parents and educators without successful learning strategies for the child.

While CVI is a prevalent problem in children and is increasing in its rate of diagnosis around the world, currently, there has been no major funding committed nationally to address the growing crisis and properly study and understand the problem. With this lack of understanding comes missed or incorrect diagnoses, and ultimately a lack of proper learning strategies tailored specifically for CVI patients.

This new funding from the Jack Buncher Foundation will allow for a collaborative effort between the three institutions to create better practices for diagnosing CVI as well as creating custom treatment and educational strategies that best fit the needs of individual patients. Uniquely positioned in Pittsburgh, an area with a high concentration of CVI patients, a combination of world-class researchers and educators, and a partnership with artificial intelligence experts from Carnegie Mellon University, researchers on the project, are confident they will become the leaders in CVI research and subsequent treatment strategies.

“There are many interventions both by educators and clinicians suggested for children with CVI. The problem is that we do not really have a great classification of the diseases itself. So we do not know which intervention is best for which subtype of CVI. This funding will go along way to help devise a clinically useful classification so that we can eventually then go on to assess the effect of any interventions,” states Dr. Ken K. Nischal, Director of Pediatric Ophthalmology, University of Pittsburgh Medical Center.

Thanks to the generous support from Eye & Ear Foundation donors, this innovative and collaborative effort can help change the lives of children living with Cortical Visual Impairment.