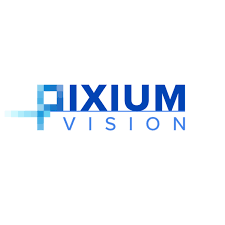 Pixium Vision’s management team will give an update on their Prima Bionic Vision System.
Composed of three main components: a wireless retinal implant, a pair of glasses with incorporated camera and digital projector, and a pocket processor analyzing the images and transforming them into signals sent wirelessly to the retinal implant via the digital projector. The Prima System intends to partially replace the normal physiological function of the eye’s photoreceptor cells by electrically stimulating the nerve cells of the inner retina, which then transmit the visual information to the brain via the optic nerve.

José-Alain Sahel, MD, is Distinguished Professor Chairman of the Department of Ophthalmology at the University of Pittsburgh School of Medicine and the Eye & Ear Foundation Endowed Chair, and Director of the UPMC Eye Center. He is an Exceptional Class Professor of Ophthalmology at the Medical School of Sorbonne Université. He is the Founder and Director of The Vision Institute (Sorbonne/Inserm/CNRS), Paris, France. He heads the French National Reference Center for Rare Retinal Dystrophies and coordinates the Paris-based Ophthalmology Clinical Investigation Center, overseeing more than 80 clinical trials, some of them first in man within the most advanced areas of biomedical technologies, e.g. retinal implants, gene therapy, stem cell therapies and optogenetics.

He is a clinician-scientist conducting research on vision restoration in retinal degenerative diseases, focusing on cellular and molecular mechanisms underlying retinal degeneration, development of treatments for currently untreatable retinal diseases by pharmacological treatments, gene therapy, stem-cell therapy, and retinal prosthesis. He has co-authored over 590 peer-reviewed articles and holds more than 40 patents. He received numerous awards, e.g. the Foundation Fighting Blindness Trustee Award, the Alcon Research Institute Award for Excellence in Vision Research, the Grand Prix NRJ-Neurosciences-Institut de France, the Llura Liggett Gund Award from Foundation Fighting Blindness. He was elected to the Academia Ophthalmologica Internationalis, the Academy of Sciences-Institut de France, the German National Academy of Sciences Leopoldina, the National Academy of Technologies of France and the Association of American Physicians. He holds an Honoris Causa doctorate from the University of Geneva and was an invited chair at the Collège de France. Dr. Sahel was a co-founder of Fovea Pharmaceuticals, StreetLab, GenSight Biologics, Pixium Vision, Sparing Vision. He is a member of several Editorial Boards, including Science Translational Medicine.

Lisa C. Olmos de Koo, M.D., M.B.A., is an Associate Professor of Ophthalmology at the University of Washington in Seattle, where she serves as chief of the Retina Division. She received her bachelor’s degree in chemistry from Harvard University. During her undergraduate years, she spent summers conducting basic science research in ophthalmic genetics at the National Eye Institute, National Institutes of Health (NIH) in Bethesda, MD. She then earned her medical degree from Baylor College of Medicine in Houston, TX, along with an MBA from Rice University. She completed her internship at Georgetown University, with rotations at the Walter Reed Armed Forces Institute of Pathology (AFIP) as well as at the LV Prasad Eye Hospital in Hyderabad, India. Following the completion of her ophthalmology residency and vitreoretinal fellowship at the world-renowned Bascom Palmer Eye Institute of the University of Miami, in Miami, FL, Dr. Olmos was selected to serve a prestigious one-year term as Chief Resident and Co-Director of Ocular Trauma at Bascom Palmer.

One of the few implanting surgeons worldwide for the Argus II retinal prosthesis, Dr. Olmos formerly served as Primary Investigator for the Argus II device clinical trials while she was on faculty at the Doheny Eye Institute and the Roski Eye Institute of the University of Southern California’s Keck School of Medicine in Los Angeles, CA.

Dr. Olmos has a special interest in ophthalmic education, currently serving as Retina Fellowship Program Director at the UW, a position she previously held at USC. She is the editor of a quarterly column in Retina Specialist Magazine and serves as an adjunct professor of Ophthalmology at Seoul National University in South Korea. She sits on the Board of Directors of the American Society of Retina Specialists (ASRS). She regularly lectures at both national and international meetings.

ABOUT PIXIUM VISION
Pixium Vision’s mission is to create a world of bionic vision for those who have lost their sight, enabling them to regain partial visual perception and greater autonomy. Pixium Vision’s bionic vision systems require a surgical procedure and a rehabilitation period.

Pixium Vision is conducting clinical feasibility studies of its Prima system, its miniaturized wireless sub-retinal implant, in patients who have lost their sight due to retinal degeneration associated with the dry form of Age- Related Macular Degeneration (AMD). Pixium Vision works closely with world-renowned academic partners, such as UPMC in Pittsburgh, Stanford University in California, Bascom Palmer Eye Institute of the University of Miami, Institut de la Vision in Paris, Moorfields Eye Hospital in London and Institute of Ocular Microsurgery (IMO) in Barcelona. The company is EN ISO 13485 certified. Pixium Vision has been qualified as an “Innovative Company” by Bpifrance