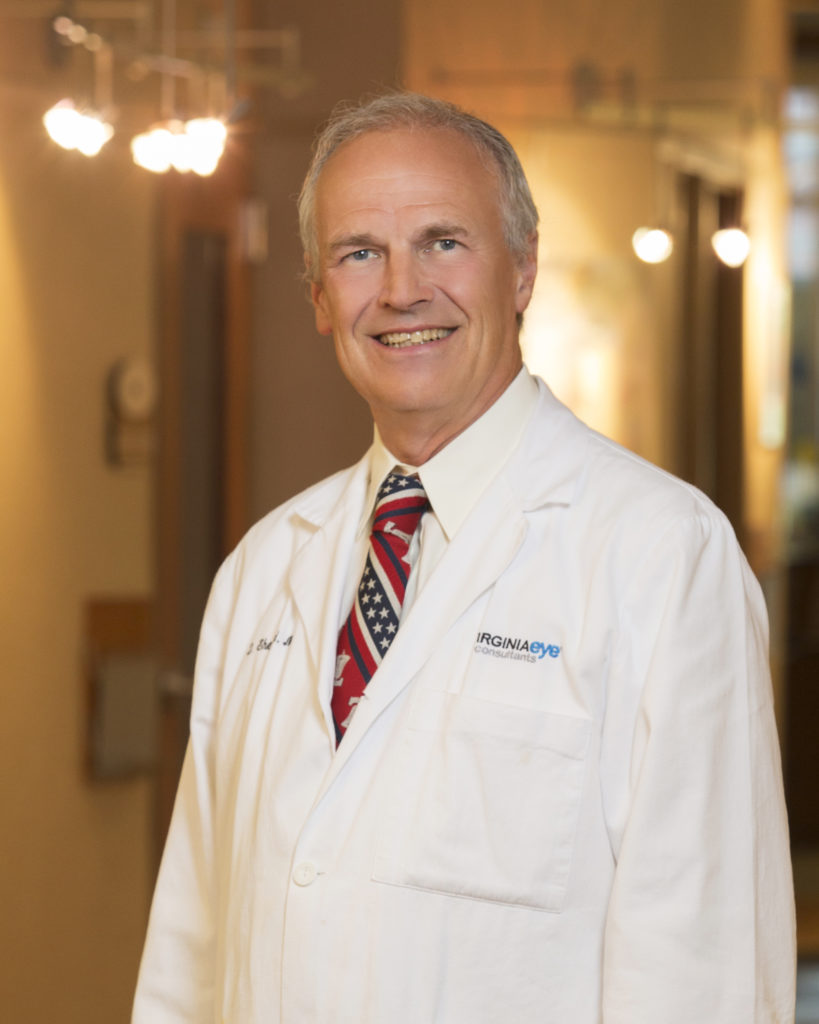 A former ophthalmology resident at the University of Pittsburgh is giving back in a big way. John Sheppard, MD, MMSc, has established the John and Clelia Sheppard Chair to support research in the Department.

“What Dr. and Mrs. Sheppard are doing is amazing and so important,” said Lawton Snyder, Chief Executive Officer of the Eye & Ear Foundation. “Endowed chairs help recruit and support top faculty and are critical to any successful medical department. Dr. Sahel has emphasized the importance of having more endowed chairs in the Department. The Sheppard’s Chair will be the fifth for the Department of Ophthalmology.”

After completing his residency in Pittsburgh and a fellowship in San Francisco, Dr. Sheppard and his wife settled in Virginia Beach, where he has built and expanded a practice from two doctors to 40 doctors, 400 employees, 10 locations, and a six room OR. After several mergers, his practice is now part of EyeCare Partners, the largest integrated network of ophthalmologic and optometric groups in the country.

“My academic career blossomed thanks to so many stellar Pittsburgh mentors,” he said. “Creating an endowment for continued teaching and research excellence for those same institutions together on the Bluff creates an incredibly rewarding conclusion to my journey.”