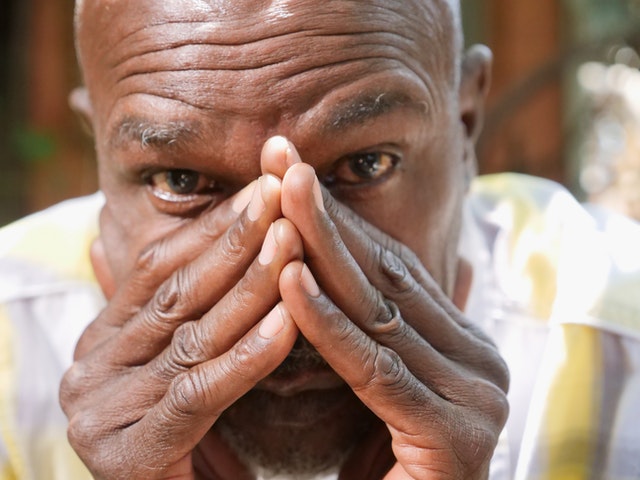 Did you know that as you age, your voice changes? Libby Smith, DO, FAOCO, Professor of Otolaryngology at the University of Pittsburgh and Director of the UPMC Voice Center, spoke about this, focusing on dystonia – also known as hoarseness – at the July 1st webinar hosted by the Eye & Ear Foundation.

The Downside to Living Longer

“As we lead more vibrant, active lives later in life, we want our voices to fit with how we feel and how we want to be perceived,” Dr. Smith said.

Maine, Vermont, West Virginia, and Florida have the oldest populations in the country, with about 20 percent of the population over age 65. Pennsylvania is close behind at about 18 percent, ranking us eighth in the country. These numbers are due to the Baby Boomer generation, defined as people born after WWII between 1944-1964.

By 2050, 20 percent of the U.S. population will be between ages 55-75, which is when dysphonia associated with aging kicks in. This is, therefore, a growing area of clinical practice.

Because people are living longer and staying more active throughout their lives, about 20-30 percent of the elderly population seek treatment for a voice disorder.

A decade or so ago, everyone said 40 was the new 30, Dr. Smith said. Then it was 50 is the new 40. Now, 70 is the new 60. “I would actually submit 70 is the new 50,” she added. Everyone is so active and vibrant that often chronologic age does not match activity levels and how they want to be perceived.

Not surprisingly, there has been a huge shift in how many people over the age of 65 are still employed. The U.S. Bureau of Labor Statistics found that between 1977-2007, there was a 101 percent increase in employees over 65 years of age.

So, what is making people sound older? The term is presbyphonia, basically hoarseness due to age-related laryngeal (presbylaryngeus) and pulmonary changes.

These changes are gradual, and people are not even aware they are happening. Symptoms of presbyphonia include:

What is interesting is that when we are born, no one can tell if anyone is male or female based on the sounds they make as a baby – everyone sounds the same. At puberty, we split. Males have lower pitches, and females are higher. Later in life, we kind of come back together. The male pitch elevates, and the female pitch lowers.

Voice is a complex activity that can affect quality of life. Voice starts with air flow from the lungs, hitting up against the vocal folds, which are in a closed position. These vocal folds then vibrate. The sound waves created by that vibration are shaped by everything above that which we call our resonating cavity. Resonance and articulation are what creates much of our vocal signature. Male vocal folds are longer than female vocal folds, which makes males and females have their own vocal signature. The addition of the sound-shaping from the resonating cavity is why females and males sound different from others of their own gender.

All five layers of the vocal folds must be healthy and robust in order to have good voice quality.

When we age, we lose bulk. Sometimes the vocal folds become skinnier, not just in the muscle but in the gelatinous outside layer of the vocal fold. This is thought to be due to neural changes associated with senescence. The vocal fold does not have the same tension or tautness and the vibration can become more inconsistent. All these changes result in change in voice quality.

Dr. Smith shared an analogy she gives to patients regularly: “It’s like having a guitar string that isn’t tuned up properly. If the string is too loose, you can’t make good sound when you pluck the string. The vocal fold is kind of the same way. Unfortunately, there’s no way to change the floppiness of the vocal fold.”

Goal of an Evaluation

Is it cancer, vocal effort, or voice quality? Many patients want the reassurance that it is not cancer. Some folks will come in because they are struggling to talk and are fatigued by the end of the day. Others are more concerned about their vocal quality.

Studies have shown that in patients seeking treatment for dysphonia when they are over the age of 65, about 40 percent just want to make sure it is not cancer. Fifty seven percent opt for voice therapy, and six percent have surgery. For the surgical patients, either they had voice therapy that did not help and went on to surgery or went straight to surgery because therapy was not going to help. These numbers do not add up to 100 percent because people fall in multiple categories.

Dr. Smith shared the case of a man in his 70s who had a very quiet voice that became hoarser the more he talked. Voice therapy was the treatment he needed. This i where treatment becomes personalized, Dr. Smith said. The speech language pathologists have a variety of techniques to help a patient rehabilitate the mechanics of how they are making sound.

An eclectic approach was used, combining flow phonation, resonant voice, and articulatory precision and prosody (melody of speech). After voice therapy, the patient said he was helped 100 percent. “His voice is so much better because he’s using his parts better,” Dr. Smith said.

In another example, another man in his 70s had a very breathy voice with associated shortness of breath. After looking at his vocal cords when he talked, he was found to have severe vocal fold atrophy, mostly in loss of bulk. Because of the severity of atrophy, he was not a candidate for voice therapy. Rather, he needed “more plump” vocal folds and maybe voice therapy afterwards.

Another analogy Dr. Smith uses is a computer and software. In the first case, that patient needed voice therapy or a software upgrade. He needed to work on how to use his skinny, floppy vocal folds better. This is often the most successful treatment, especially earlier in the atrophy process.

The second patient needed a new computer, or namely, added bulk to the vocal folds. There is no role for voice therapy in this case since the hardware (computer/vocal folds) were the issue. A combination approach of voice therapy and surgery is sometimes needed. Surgery helped treat the bulk component to improve closure. Afterward, the patient was very happy and said he was 80 percent better.

If a person’s voice issue is feeling increased effort with talking, voice therapy and sometimes surgery are often helpful. However, if their issue is the quality of their voice, that is much more difficult. This is thought to be related more to the “floppiness” of the vocal folds, for which there is not a treatment. The lack of reliable, reproducible results for voice quality are frustrating to patients and clinicians. This is a current research focus across the country.

What happens to the aging respiratory system? It gets a little bit harder to blow out all those candles. Rib stiffening means a greater force is required to deform the chest wall. Decreased elastic recoil results in a 25 percent decrease in respiratory muscle force. Inspiratory/expiratory muscle strength decreases.

As a result, a big part of voice therapy ends up being how to engage the respiratory system to adequately power the voice. A good way to do this is to be active: walk, sing, move around, and use your voice right. There are some external things that can help as well, like an expiratory muscle strengthening device. It is basically like a pressure resistance device that you breathe through against varying levels of resistance to strengthen your expiratory muscle system.

“Staying active has so many advantages,” Dr. Smith said. “It also helps the voice.”

Not all presbyphonia is created equal. It is dependent on vocal fold bulk, tone, pulmonary drive, and overall activity. Treatment options for voice in the setting of presbyphonia are patient driven.

“We’re here to give the patients what they need,” Dr. Smith said. “Our job is to provide quality of life improvement. We provide a lot of education and discussion with patients because they have to understand why sometimes we can’t get you back to sounding as you did when you were 20, since the parts (larynx, lungs, activity) are different. If we set reasonable expectations, we’re usually really successful and people in general are very happy.”