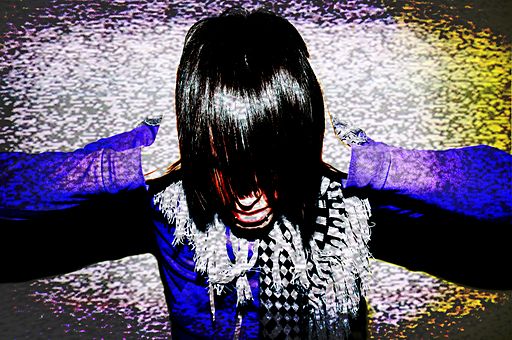 Are you hearing a noise that no one else can hear? You might have tinnitus, one of the most common health conditions in the country. Over 50 million Americans experience some form of it, according to the U.S. Centers for Disease Control. An estimated 70 percent do not consider it bothersome, but for 24 percent, it is a significant problem that propels them to seek medical treatment. For still others – approximately six percent – it is a debilitating problem.

“The impact of tinnitus is often underappreciated because unless you have tinnitus yourself or know someone who does, it can be difficult to understand the effect that it can have on a person’s life,” says Lori Zitelli, Au.D., CH-TM, Manager, Audiology, Department of Otolaryngology at the University of Pittsburgh.

While there are often no quick, easy fixes, help can be found.

The first step is recognizing that tinnitus has varying presentations. While it is often described as sound in the ears, it might be better to think of it as sound in the brain, says Dr. Philip Perez, MD, Assistant Professor of Neurotology-Otology in the Department of Otolaryngology at the University of Pittsburgh. He calls it an individualized disease and experience for each patient.

Tinnitus, for example, can come on suddenly or be more gradual. It can be constant, or it can fluctuate. The site can also vary, as it can be in one or both ears.

Not all the causes of tinnitus are known, which is part of the reason it is difficult to treat. Many people with ear-related medical issues (e.g., hearing loss, Meniere’s disease, otosclerosis, acoustic neuroma) experience tinnitus.

Many theories suggest that there is damage to the hearing system, which leads to a lack of input to the parts of the brain that process sound, Zitelli says. In this scenario, it is believed that the brain tries to compensate for the lack of input by creating its own sound.

Interestingly, even though most people with tinnitus have some level of hearing loss, there are also many people who have hearing loss without any tinnitus. The central auditory system in our brains has filtering mechanisms that are thought to reduce the awareness of tinnitus in some individuals. Additionally, there are people with no clinically measured hearing loss who do experience tinnitus. Many researchers think that additional testing (beyond the standard comprehensive audiogram) may reveal deficits in the hearing system and/or brain pathways, accounting for the tinnitus experienced by these individuals.

Currently there is no objective method to diagnose tinnitus. Tinnitus should be evaluated by an otolaryngologist, which involves taking the patient’s history and doing a physical exam. Finding out a patient’s history involves the following questions:

A physical exam includes a careful examination of the ears with a microscope. If someone describes a tinnitus that matches their heartbeat, the doctor will often listen around that area to see if they can pick up on some of those sounds as well. An essential part of the workup includes a hearing test, also called an audiogram, performed by audiologists. The patient’s hearing will be measured in a sound booth to detect both their hearing thresholds and their ability to understand speech – the clarity of hearing.

Most of the time, a history, physical exam, and hearing tests are sufficient to help diagnose people and give treatment recommendations, Dr. Perez says. Occasionally there are other factors that will send physicians in a different direction. Tinnitus that matches the heartbeat, for example, warrants a further workup with other imaging to look for abnormalities and blood vessels, possibly an underlying tumor, though this is rare. When tinnitus is heard exclusively in one ear, that will usually prompt imaging with an MRI.

Tinnitus has some known risk factors, including:

Unfortunately, there is no cure for tinnitus. No FDA-approved medications are on the market, though active research is being done in this area. While all this can sound disheartening, there are treatment options available to mitigate the effect of tinnitus on people’s lives.

One of the mainstays of treatment is counseling and education. Evidence suggests that combining this with sound therapy is the best way to help people cope, Zitelli says.

Sound therapy uses environmental sounds to decrease awareness and intrusiveness of tinnitus. A common protocol used is Tinnitus Retraining Therapy, which provides patients with resources and tools to manage tinnitus-related distress. Sometimes people use white noise to blend with and reduce awareness of the sounds of tinnitus and provide a distraction. Various apps can be used for background noise.

“Ultimately, tinnitus is a complex problem – one that is best managed in collaboration with an audiologist, and an ear, nose, and throat physician – additionally, sometimes other medical professionals such as primary care physicians, mental health providers, and dentists should be included,” says Zitelli.

Tinnitus-related research has several documented issues. As Zitelli explains, no single outcome measure is used across studies, making them nearly impossible to compare to each other. Additionally, study participants are not homogenous, so there is no reliable way to compare patients from different studies.

Despite this, research has improved understanding of the disease. One focus has been trying to figure out how the same kind of tinnitus can be perceived differently among people; it can alter one person’s life in meaningful ways and be bothersome, while for another it can fade into the background and become part of their new normal. “What other brain circuitry is feeding into this and how that can be altered is a pivotal concept in advancing our understanding and treatment,” Dr. Perez says.

Other research includes pharmacologic therapies, neurostimulation (stimulation through the scalp), and the discovery and development of potassium channel openers and H-channel blockers for treating tinnitus.

The Eye and Ear Foundation is proud to help support this research.

Some people are very distressed by their tinnitus because they believe it is a sign they will lose their hearing, Zitelli says. They are usually relieved to hear that while there is almost definitely a link between hearing sensitivity and tinnitus, they are not predictive of each other. The majority of patients seen in the audiology clinic were told by a medical professional that there is “nothing they can do” about the tinnitus and they will just have to “learn to live with it.”

“Although there is no pill that can remove tinnitus,” Zitelli says, “it is not true that no one can help them.” Individuals with tinnitus should schedule an appointment with an ear, nose, and throat physician and an audiologist to discuss available treatment options.