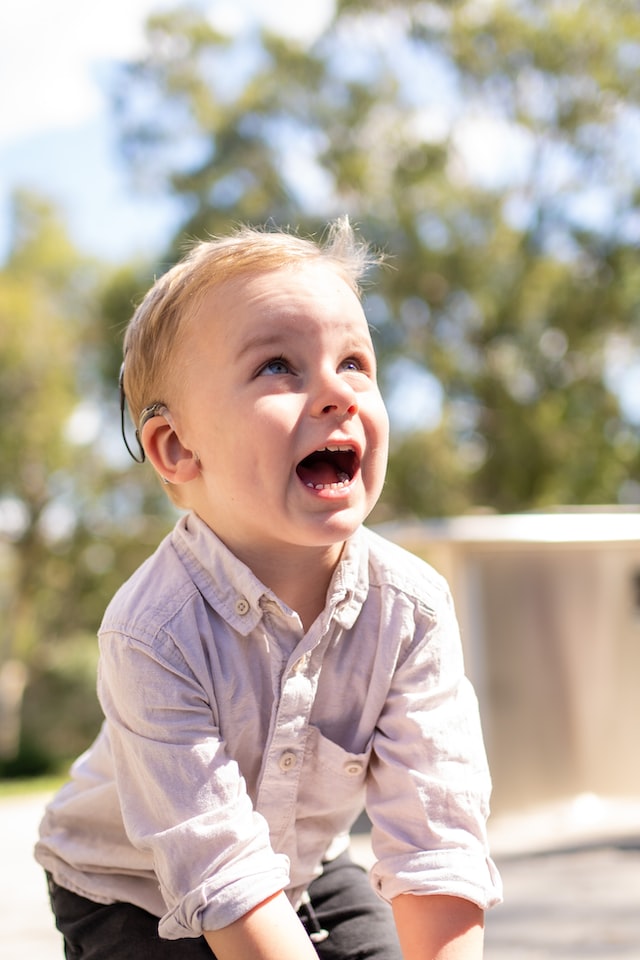 Thousands of children are born with profound hearing loss, Otolaryngology Chair Emeritus Jonas Johnson said at the beginning of the Eye & Ear Foundation’s August 24th webinar entitled, “Hereditary Hearing Loss: New Innovations for Treatment.” The good news is they can receive cochlear implants. The better news is that modern science is showing that more can potentially be done.

Dr. David Chi, Associate Professor of Otolaryngology at the University of Pittsburgh School of Medicine, explained how normal hearing works. He serves as the Hearing Center and Cochlear Implant Program Director at Children’s Hospital of Pittsburgh, is on the State of Pennsylvania Department of Health Hearing Advisory Committee and is an active member of the Infant Hearing Screening Committee.

Sound causes the eardrum to vibrate and move. When this occurs, three bones in the middle ear also move. This causes audio to have a fluid shift in the inner ear, which causes the displacement of hair cells (one row of inner hair cells, and three rows of outer hair cells). This hair cell movement creates a release of neurotransmitters, which causes electrical signals to traverse through the hearing nerve to the brain. We perceive this as sound.

Damage to these hair cells is thought to be the cause of hearing loss in children and adults.

Did you know that hearing loss is the most frequent birth condition? Approximately 12,000 infants are born annually in the U.S. with hearing loss, which correlates to about 35 babies a day.

Hence, early detection and treatment of sensorineural (hearing loss in the inner ear) hearing loss is vital. Dr. Chi called it a neurodevelopmental emergency, because early intervention has significant benefits, including better speech and language scores.

PA and almost all other states have universal newborn hearing screening. In these states, the goal is 1-3-6. In other words, screen by one-month, audiological diagnosis by three months, and early intervention by six months.

In 2019, the Joint Commission of Infant Hearing established new guidelines: 1-2-3. Screen by one month, diagnosis by two, and intervention by three.

What causes hearing loss in children? Twenty-five percent acquire it, 25 percent is unknown, and 50 percent is genetic.

One third of hearing loss is syndromic, while two thirds is non-syndromic. There are more than 500 syndromes.

Connexin is a “docking station” for cells to communicate with each other. Connexin proteins are present throughout the inner ear structures. Mutations in this protein lead to cellular dysfunction and deafness.

Dr. Chi referred to cytomegalovirus as another dreaded virus that starts with “C.” It is a herpesvirus that causes $4 billion/year in medical expenditure. It affects 0.5 to one percent of all newborns, which equates to 30,000 congenital CMV infections. It is the most common cause of nonhereditary SNHL, account for 20-25 percent of early childhood hearing loss.

Hearing aids amplify sound. For a person with severe to profound loss, a hearing aid does not provide sufficient clarity for understanding of speech. In this case, a cochlear implant may be beneficial, as it bypasses the damaged part of the ear.

Dr. Christopher Cunningham is an Assistant Professor in the Department of Otolaryngology and the Pittsburgh Hearing Research Center at the University of Pittsburgh. The Cunningham Lab is interested in understanding the neural and sensory biology of the vertebrate auditory system. Basically, his work is to treat the underlying cause of hearing loss.

DNA provides instructions to make proteins. But when there are DNA mutations, that leads to dysfunctional proteins in the cochlea, which results in hearing loss. Hundreds of different gene mutations cause hearing loss.

Summary of genes identified to date:

There are 700 different syndromic forms associated with hearing loss.

Because Dr. Cunningham wants to understand hearing loss better and develop therapies, he uses the mouse as a model for studying genetic hearing loss. The cochlea anatomy in humans and mice is very similar. Additionally, we have the same proteins, perceive sound the same, and nearly all genes critical for non-syndromic forms have been studied in mouse models. Most hearing loss in both has the same pattern. So, in mice, we have a powerful model to study things with direct implications for human hearing.

How Hearing Loss is Studied in Mice

Humans and mice with genetic mutations in LRTOMT/TOMT have profound deafness. Hearing in mice is measured with an ABR. Little electrodes are placed under the skin near the ear. Sounds are played at varying intensities and pitches/frequencies. Neural activity is then recorded, so scientists can figure out what intensity and frequency of sound results in particular neural activities. “This is essentially telling us how well the mouse hears,” Dr. Cunningham explained.

With the TOMT gene mutation that causes profound deafness, sound waves are not sensed properly in the cochlea. This is because the TOMT gene is essential for proper MET channel localization. The goal then is to see whether therapies can cause the channel to return to the correct location.

Delivering deafness-linked genes to the hair cells of the cochlea involves injecting adeno-associated viral vectors containing deafness genes into the inner ear. After a period of time, a microscopic analysis of the cochlear is done, followed by a hearing test. Did the gene of interest make it to the hearing cells? Was hearing function restored at all?

“We have optimized conditions so that gene delivery to cochlear hair cells is very efficient,” Dr. Cunningham said.

Gene therapy restores hearing function in mutant mice, he added. He shared some recent results that have yet to be fully analyzed. Hearing function was partially restored; but restoration right now is inconsistent. “We have some ideas (for how to improve the rescue),” he said. “We’re working to address this so we can get full hearing rescue across the entire cochlear axis.”

Where We Are Now

Dr. Cunningham said efficient gene delivery to hair cells is a pretty significant achievement. He thinks they will be able to get to 100 percent.

Dr. Cunningham is hoping to achieve full hearing rescue in the next year. “I think we can achieve it,” he said. “We have a number of ways to try to get there.”