A New Era in Retinal Research 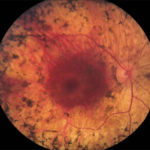 The most common hereditary retinal dystrophy in the world is Retinitis Pigmentosa (RP). Over the past four years, the Department of Ophthalmology at the University of Pittsburgh School of Medicine, under the leadership of Dr. José -Alain Sahel, who has dedicated his career to the study and development of new treatments for hereditary retinal dystrophies, has placed Pitt at the forefront of research for RP around the world. Now, thanks in part to generous Eye & Ear Foundation donors such as Mr. Martin McGuinn, who established the Martin McGuinn Retina Research Fellowship, incredible progress is being made towards developing new

Read More About A New Era in Retinal Research › 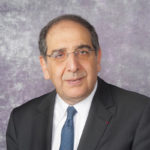 Dr. Sahel spoke about pioneering work in optogenetics, where scientists have attempted to, with success, restore the function of the cone cells in the eye that were not completely lost due to disease by utilizing light-sensitive algae. On Thursday, May 21, Department of Ophthalmology Chairman Jose-Alain Sahel, MD gave an honorary lecture (virtually) at Columbia University School of Medicine’s Edward Harkness Eye Institute. Dr. Sahel presented the twenty-third annual Ulrich Ollendorff, MD Lecture, titled ‘Gene Independent Strategies in Retinal Degeneration’ on scientific advances that he and his teams in Paris in Pittsburgh are contributing to the field. The Ulrich Ollendorff,

Getting A Bird’s Eye View 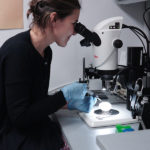 Scientists in the Department of Ophthalmology at the University of Pittsburgh School of Medicine continue to advance their research on a variety of areas that could eventually help solve the puzzle of vision loss. One current area of focus involves studying the fovea. What’s a Fovea? The fovea is a small depression in the retina of the eye where visual acuity is highest. The center of the field of vision is focused in this region, where retinal cones are mainly concentrated. The fovea is responsible for our ability to see colored and sharp vision and perform daily tasks, like reading,

Read More About Getting A Bird’s Eye View ›

Swimming Towards a Cure: Studying Fish to Understand Vision Loss in Humans 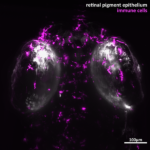 Read More About Swimming Towards a Cure: Studying Fish to Understand Vision Loss in Humans › 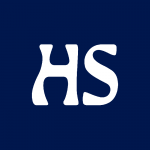 Included below is a translated segment by Kalevi Rantanen published in Helsingin Sanomat, the largest subscription newspaper in Finland, on February 20, 2020. In the future, the blind can see light when video is sent directly to the brain. Eyes, and even the optic nerve, can be bypassed by optogenetics, where images are produced by light. Professor Stephen Macknik of New York’s Downstate University assures us that implantation will soon be done on the optic cortex, that is, directly on the brain. The Macknik team has developed a brain implant called Observ. It is based on optogenetics, which combines optics